The Rise of Disruptive Ransomware Attacks: A Call To Action

Our collective use of and dependence on technology has come quite a long way since 1989. That year, the first documented ransomware attack — the AIDS Trojan — was spread via physical media (5 1⁄4" floppy disks) delivered by the postal service to individuals subscribed to a mailing list. The malware encrypted filenames (not the contents) and demanded payment ($189 USD) to be sent to a post office box to gain access to codes that would unscramble the directory entries.

That initial ransomware attack — started by an emotionally disturbed AIDS researcher — gave rise to a business model that has evolved since then to become one of the most lucrative and increasingly disruptive cybercriminal enterprises in modern history.

Building the infrastructure of our own demise: Ransomware's growth enablers

As PCs entered homes and businesses, individuals and organizations increasingly relied on technology for everything from storing albums of family pictures to handling legitimate business processes of all shapes and sizes. They were also becoming progressively more connected to the internet — a domain formerly dominated by academics and researchers. Electronic mail (now email) morphed from a quirky, niche tool to a ubiquitous medium, connecting folks across the globe. The World Wide Web shifted from being a medium solely used for information exchange to the digital home of corporations and a cadre of storefronts.

The capacity and capabilities of cyberspace grew at a frenetic pace and fueled great innovation. The cloud was born, cheaply putting vast compute resources into the hands of anyone with a credit card and reducing the complexity of building internet-enabled services. Today, sitting on the beach in an island resort, we can speak to the digital assistant on our smartphones and issue commands to our home automatons thousands of miles away.

Despite appearances, this evolution and expansion was — for the most part — unplanned and emerged with little thought towards safety and resilience, creating (unseen by most) fragile interconnections and interdependencies.

The concept and exchange mechanisms of currency also changed during this time. Checks in the mail and wire transfers over copper lines have been replaced with digital credit and debit transactions and fiat-less digital currency ledger updates.

So, we now have blazing fast network access from even the most remote locations, globally distributed, cheap, massive compute resources, and baked-in dependence on connected technology in virtually every area of modern life, coupled with instantaneous (and increasingly anonymous) capital exchange. Most of this infrastructure — and nearly all the processes and exchanges that run on it — are unprotected or woefully under protected, making it the perfect target for bold, brazen, and clever criminal enterprises.

From pictures to pipelines: Ransomware's evolving targets and tactics

At their core, financially motivated cybercriminals are entrepreneurs who understand that their business models must be diverse and need to evolve with the changing digital landscape. Ransomware is only one of many business models, and it's taken a somewhat twisty path to where we are today.

By the mid-2000s, e-gold was embroiled in legal disputes and was, for the most part, defunct. Instead of assuaging attackers, even more groups tried their hands at the ransomware scheme, since it had a solid track record of ensuring at least some percentage of payouts.

Many groups shifted attacks towards individuals, encrypting anything from pictures of grandkids to term papers. Instead of currency, these criminals forced victims to procure medications from online pharmacies and hand over account credentials so the attackers could route delivery to their drop boxes.

Others took advantage of the fear of exposure and locked up the computer itself (rather than encrypt files or drives), displaying explicit images that could be dismissed after texting or calling a "premium-rate" number for a code.

However, there were those who still sought the refuge of other fledgling digital currency markets, such as Liberty Reserve, and migrated the payout portion of encryption-based campaigns to those exchanges.

By the early 2010s — due, in part, to the mainstreaming of Bitcoin and other digital currencies/exchanges, combined with the absolute reliance of virtually all business processes on technology — these initial, experimental business models coalesced into a form we should all recognize today:

The technology and business processes to support this new model became sophisticated and commonplace enough to cause an entire new ransomware as a service criminal industry to emerge, enabling almost anyone with a computer to become an aspiring ransomware mogul.

On the cusp of 2020 a visible trend started to emerge where victim organizations declined to pay ransom demands. Not wanting to lose a very profitable revenue source, attackers added some new techniques into the mix:

Not all ransomware attacks go unseen, but even the ones that gained some attention rarely make it to mainstream national news. In the U.S. alone, hundreds of schools and municipalities have experienced disruptive and costly ransomware attacks each year going back as far as 2016.

When a town or city is taken down by a ransomware attack, critical safety services such as police and first responders can be taken offline for days. Businesses and citizens cannot make payments on time-critical bills. Workers, many of whom exist paycheck-to-paycheck, cannot be paid. Even when a city like Atlanta refuses to reward criminals with a payment, it can still cost taxpayers millions of dollars and many, many months to have systems recovered to their previous working state.

Similarly, when a school district is impacted, schools — which increasingly rely on technology and internet access in the classroom — may not be able to function, forcing parents to scramble for child care or lose time from work. As schools were forced online during the pandemic, disruptive ransomware attacks also made remote, online classes inaccessible, exacerbating an already stressful learning environment.

Hobbled learning is not the only potential outcome as well. Recently, one of the larger districts in the U.S. fell victim to a $547,000 USD ransom attack, which was ultimately paid to stop sensitive student and personnel data from becoming public. The downstream identity theft and other impacts of such a leak are almost impossible to calculate.

Hundreds of healthcare organizations across the U.S. have also suffered annual ransomware attacks over the same period. When the systems, networks, and data in a hospital are frozen, personnel must revert to back up "pen-and-paper" processes, which are far less efficient than their digital counterparts. Healthcare emergency communications are also increasing digital, and a technology blackout can force critical care facilities into "divert" mode, meaning that incoming ambulances with crisis care patients will have to go miles out of their way to other facilities and increase the chances of severe negative outcomes for those patients — especially when coupled with pandemic-related outbreak surges.

The U.K. National Health Service was severely impacted by the WannaCry ransom-"worm" gone awry back in 2017. In total, "1% of NHS activity was directly affected by the WannaCry attack. 80 out of 236 hospital trusts across England [had] services impacted even if the organisation was not infected by the virus (for instance, they took their email offline to reduce the risk of infection); [and,] 595 out of 7,4545 GP practices (8%) and eight other NHS and related organisations were infected," according to the NHS's report.

An attack on Scripps Health in the U.S. in 2021 disrupted operations across the entire network for over a month and has — to date — cost the organization over $100M USD, plus impacted emergency and elective care for thousands of individuals.

An even more deliberate massive attack against Ireland's healthcare network is expected to ultimately cost taxpayers over $600M USD, with recovery efforts still underway months after the attack, despite attackers providing the decryption keys free of charge.

San Francisco, Massachusetts, Colorado, Montreal, the UK, and scores of other public and commercial transportation systems across the globe have been targets of ransomware attacks. In many instances, systems are locked up sufficiently to prevent passengers from getting to destinations such as work, school, or medical care. Locking up freight transportation means critical goods cannot be delivered on time.

U.S. citizens came face-to-face with the impacts of large-scale ransomware attacks in 2021 as attackers disrupted access to fuel and impacted the food supply chain, causing shortages, panic buying, and severe price spikes in each industry.

Water systems and other utilities across the U.S. have also fallen victim to ransomware attacks in recent years, exposing deficiencies in the cyber defenses in these sectors.

Finally, one of the most high-profile ransomware attacks of all time has been the Kaseya attack. Ultimately, over 1,500 organizations — everything from regional retail and grocery chains to schools, governments, and businesses — were taken offline for over a week due to attackers compromising a software component used by hundreds of managed service providers. Revenue was lost, parents scrambled for last-minute care, and other processes were slowed or completely stopped. If the attackers had been just a tad more methodical, patient, and competent, this mass ransomware attack could have been even more far-reaching and even more devastating than it already was.

The road ahead: Ransomware will get worse until we get better

The first section of this post showed how we created the infrastructure of our own ransomware demise. Technology has advanced and been adopted faster than our ability to ensure the safety and resilience of the processes that sit on top of it. When one of the largest distributors of our commercial fuel supply still supports simple credential access for remote access, it is clear we have all not done enough — up to now — to inform, educate, and support critical infrastructure security, let alone those of schools, hospitals, municipalities, and businesses in general.

As ransomware attacks continue to escalate and become broader in reach and scope, we will also continue to see increasing societal collateral damage.

Now is the time for action. Thankfully, we have a framework for just such action! Rapid7 was part of a multi-stakeholder task force charged with coming up with a framework to combat ransomware. As we work toward supporting each of the efforts detailed in the report, we encourage all other organizations and especially all governments to dedicate time and resources towards doing the same. We must work together to stem the tide, change the attacker economics, and reduce the impacts of ransomware on society as a whole. 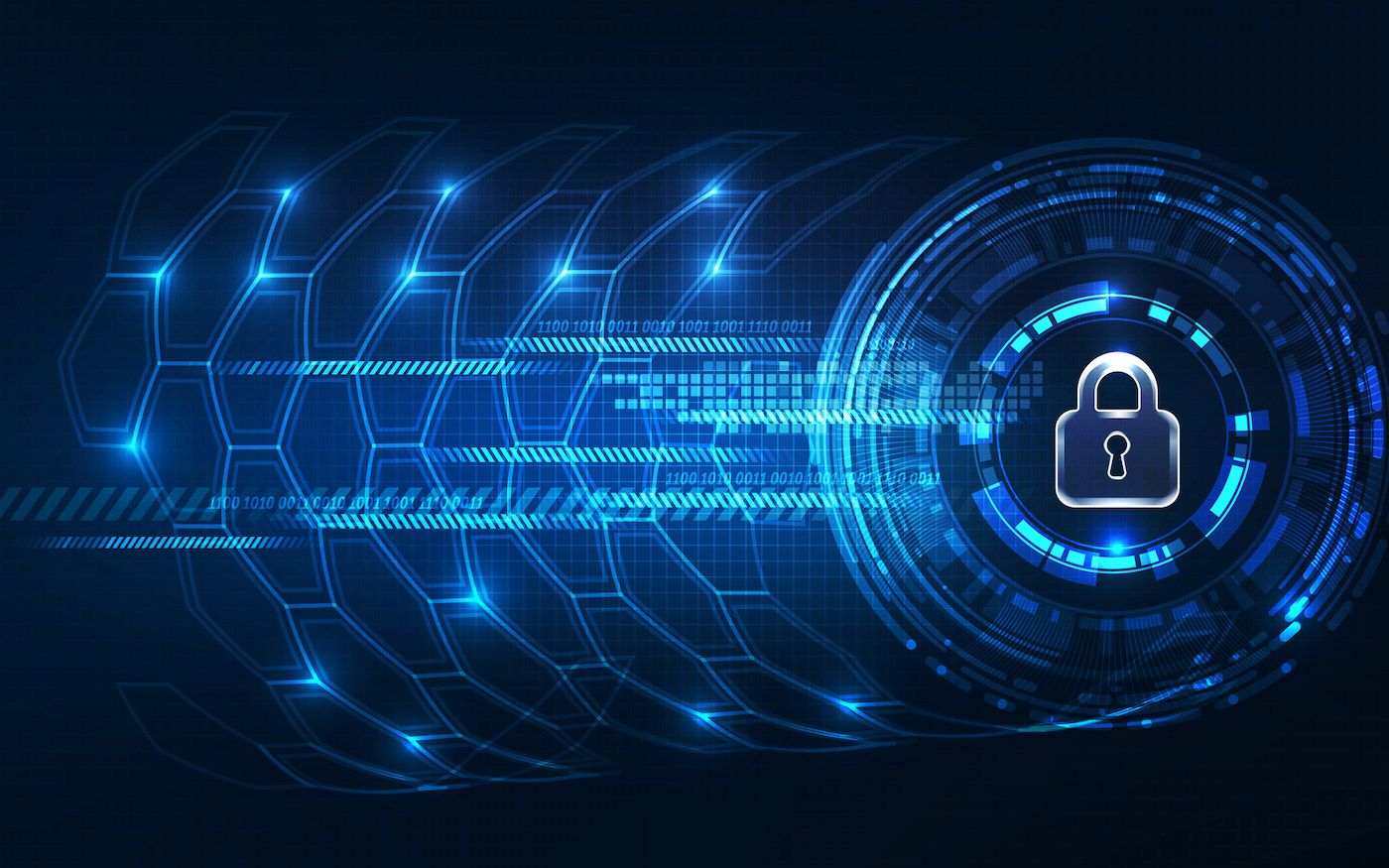